The Spanish curriculum is a guideline to challenge students to become active participants in the Spanish language. There are 5 standards based on the national standards identified by the American Council on the teaching of Foreign Language (ACTFL), the South Carolina State Standards and the Diocese of Charleston. The standards are: Communication, Culture, Connections with content, Community and Comparisons with the real world.

Languages and children – Making the Match, Foreign Language Instruction for an Early Start Grades K-8 by Curtain and Pesola.

Bringing New Languages to Young Learners – an online course offered through the State Department of Education with graduate credit through the Citadel. 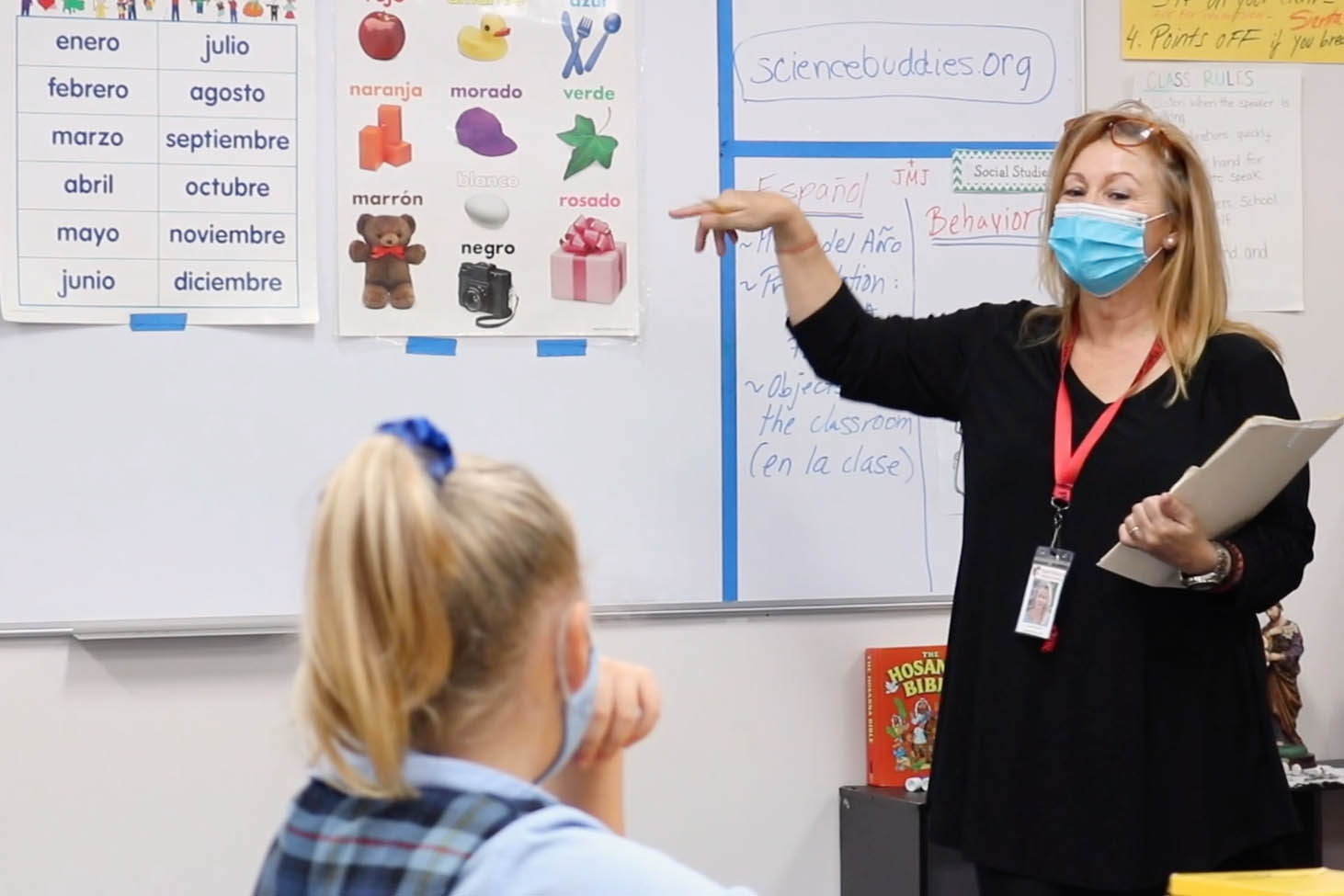