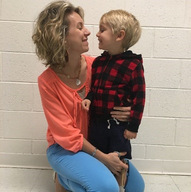 I chose St. Peter’s Catholic School for my son because of the fun memories I have there as a child, and because of the bright future ahead for this wonderful school. My son is thriving in a stimulating environment with strong Christian values, where he gets individual attention and exciting opportunities. He looks forward to going to school as much as I did when I attended St. Peter’s. Some things have changed, but a quality education never does! St. Peter’s offers something you can’t find anywhere else. Go Cardinals! 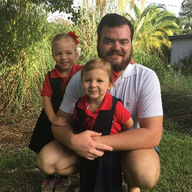 Having your children grow up to be well-rounded, educated individuals is something that Alumnus Daniel Feltner understands as a goal of many parents. He attended St. Peter’s and now has daughters, Delilah (3rd Grade) and Cami (1st Grade), enrolled at the school. “It was important for us to enroll our children at St. Peter’s where we knew they would get an excellent Catholic-centered education, and also learn about how they should treat others.” 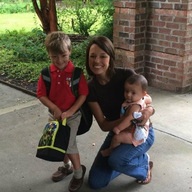 Stephanie Carroll Whiteside was a member of St. Peter’s very first 1st grade class in 1991. A graduate of St. Peter’s 8th grade in 1998, she is now a pharmacist and has her sons, Carter (3rd Grade) and Gibson (K-5) enrolled at St. Peter’s this year. “My husband and I decided from the get go that we wanted our children to have the same Catholic education that we did, My family can trace back five generations and we all received Catholic educations. So it was very important to us to continue the tradition and offer the solid education along with the strong faith formation.” 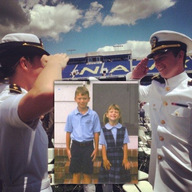 Connor Murphy graduated from St. Peter’s in 2006 and graduated from BHS in 2010 ranked number 4 in his class. He then attended the United States Naval Academy in Annapolis, Maryland and graduated in 2014 with a Bachelor of Science degree, with a major in history. Connor is currently a Surface Warfare Officer serving aboard the USS Hopper which is stationed in Honolulu, Hawaii.

Molly Murphy graduated from St. Peter’s in 2009 and graduated from BHS in 2013 ranked number 3 in her class. Molly currently attends the University of South Carolina on a ROTC scholarship. She hopes to be a helicopter pilot in the Navy when she commissions. Molly was just named to the USC President’s list in recognition of excellent performance this spring semester.